Willy Wonka and the Thermodynamic Dilemma 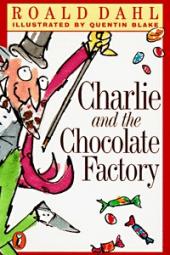 “Hot ice cream warms you up no end in freezing weather. I also make hot ice cubes for putting in hot drinks. Hot ice cubes make hot drinks hotter.”  Willy Wonka, Charlie and the Chocolate Factory, 1964
As a mom of two young children, I spend many evenings with my cherubs cuddled on my lap with a good book. Of recent months, they love to read and reread the classic tale of a secret chocolate factory opened to five lucky golden ticket winners. The above statement by Willy Wonka was too good to exclude from this blog. Although absolutely ridiculous, it is along the same thinking as most of Wonka’s other inventions- a meal in a stick of chewing gum, an everlasting gobstopper that never gets any smaller, and teleporting objects and humans by chocolate bar. The book is full of nonsense.  This morsel of nonsense, however, can be used as a poignant lesson on thermodynamics for small children.
Ask a child- why does it logically not make sense to make hot ice cubes? This entire concept defies the laws of thermodynamics.  Heat is, by definition, the movement of molecules.

When moving fast, molecules separate and form a gas (steam for water). There is no structure or way to measure the size or shape of a gas. Therefore, it could never be an (ice) cube. Hot steam (gas) by definition cannot take on the description of a shape; it is shapeless. By contrast, when something is freezing cold, the molecules stick together motionless (or close to motionless) and even form patterns, as is the case with ice. Frozen water forms a solid made up of very structured water molecules. The hydrogen bonding between molecules hold the molecules rigid and further apart than in their liquid form. For this reason, solid water is actually less dense than liquid water- which is unusual for a solid/liquid pair. When heated up or “hot” referencing the nonsensical “hot ice cubes” the molecules would be moving too fast to be held in such a rigid pattern.
And this is why we can explain to our young people, mesmerized by the fairyland of Roald Dahl, that hot ice cream could never exist.
Sometimes pretend is so much more fun than reality isn’t it?
Posted by Julie at 8:39 PM