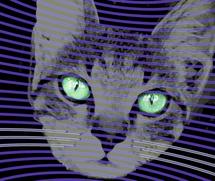 
With the rising importance of technology related to quantum mechanics it becomes more and more important for laypeople to understand the elusive concepts behind this twentieth-century discovery. Digital cameras, CAT scans and spectroscopy of forensic science have each revolutionized their respective fields in ways that transform everyday life. If Professor Michael D Fayer’s goal is to make these technologies more understandable on a molecular level through logical explanations, he largely achieves this goal in his book Absolutely Small. He states, “The idea is to make quantum theory completely accessible to the nonscientist.” With diagrams, analogies and simple math he strives to make the subject accessible to the nonscientist. The only small problem with this claim is that his simple math and explanations seem to be geared toward a layperson at his university, Stanford, where nonscientists are likely aware of basic tenets of science.


He starts out with basic differences between fundamental principles of classical physics and quantum mechanics. Schrodinger’s cat, (superposition of state), size (observable with or without interference), waves, particles and the application of these concepts to the actual behavior of a photon/electron in various situations are all covered. He thoroughly describes the interferometer, diffraction grating, cathode ray tube, and other experimental results of the literature. Beyond these fundamentals, he applies all of this to trends of the periodic table, bonding behavior and how bonding behavior affects molecules of everyday life: carbon dioxide, trans fats, proteins, beer and water (to mention a few).

This book carries a repeating theme throughout: the fundamental building blocks of a concept are followed by a more detailed, comprehensive explanation. The first chapter is titled “Schrodinger’s Cat”. Anyone with an academic background in the physical sciences knows this is a common way to explain the concept of a superposition of state. Schrodinger’s cat is described as both dead and alive at the same time. It is 50% dead and 50% alive. Of course this is a ridiculous statement, except in a quantum mechanical context. In quantum mechanics, the superposition of states allows a photon or particle to exist in two states simultaneously before it is measured. It is the measurement itself that causes this superposition of states to collapse into one of the two possibilities. An excellent but imperfect analogy is extremely effective here to make this ridiculous concept a bit more accessible to a quantum mechanical virgin; Fayer compares it to a coin toss, a 50/50 choice between two possible choices. The difference here, as he points out, is that there are two distinct choices in the coin toss. As opposed to Schrodinger’s cat that is 50% alive and 50% dead at the same time, each side of the coin exists as a separate entity before the coin toss. This is just one of several successful analogies Fayer draws to help his reader’s relate with his subject matter.

The building block technique of explanation is used throughout the text to illustrate various complicated ideas: the particle in a box explanation of discreet energy levels of waves leads into a discussion of waves within three-dimensional molecules and absorption and reflection of color; a discussion of blackbody radiation precedes a discussion of the quantization of energy levels in a hydrogen atom. Since the principles that dictate the behavior of a subatomic particle or the “absolutely small” particle are so different from anything classical in nature, it is necessary to reveal the principles in a step-wise fashion. Toward this goal, Fayer is largely successful. If anything could make these explanations even clearer, it would be more reminders throughout the text that this behavior only applies to something “absolutely small” as Fayer titles his book- at the point at which a particle can be measured without interference it is no longer “absolutely small” and these concepts no longer apply.

Other effective real- life situations Fayer successfully draws into his book include the following: to describe wave interference he relates constructive/destructive interferences of sound waves to louder and softer regions of Davies Symphony Hall in San Francisco; he compares the overcoming of binding energy in a molecule to a children’s game of Red Rover; he relates the wave nature of light to the creation of colors on the diffraction of light of a musical CD.

Alongside these analogies designed for the quantum mechanics beginner, Fayer also includes many passages that make the text perfect for someone preparing for a medical exam, graduate school preparatory exam or other such test. At one point in the book I felt the title Quantum Mechanics and its Application to all Subspecialties of Chemistry would be much more fitting. The shapes of orbitals and the four quantum numbers are described in enough detail to help any prospective graduate student gain entrance. As Fayer elaborated on molecular orbital theory I recalled studying the very “simple” diagrams he provides as test material for my 400-level inorganic chemistry class during my senior year of college.

Many times in the latter half of this book I felt Fayer was a bit unrealistic in thinking someone newly introduced to the concepts in the first half of the book could relate. Examples include the maximum stability of molecules, oxidation states, and the desire of elements to attain the nearest noble gas configuration. I teach these concepts to beginners without even half of the introductory concepts in the first half of the book. It is not that the early material is not relevant to these concepts; it is that understanding how the fundamental concepts apply to the actual bonding behavior of molecules is abstract and probably not appropriate for the nonscientist. It would be better to start with an explanation of how elements/molecules bond together and then delve deeper into the mysteries of why it occurs in this way (quantum mechanical principles introduced earlier in the book.)

The second half introduces applications of quantum mechanics like the characteristics of hydrogen bonding that allow water to be a liquid at room temperature despite its low molecular weight. (All other molecules of similar molecular weights are gases at room temperature.) It is this type of molecular behavior that might better be introduced in introductory chapters to peak the interest of a nonscientist. The overall concept of elecronegativity/polarity that gives rise to hydrogen bonding is fundamentally quantum mechanical in nature, however, this phenomena could be described and understood outside of a quantum mechanical perspective.

Overall, if Fayer aimed to help educated scientists understand how their discipline of science is understood from a quantum mechanical perspective, this book would be perfect. If his audience is a layperson who is not even versed in principles of classical physics, then despite his real-world analogies and clear explanations, he introduces concepts with an approach that is beyond the layperson. In some cases, he includes details that are probably not necessary for the level of his readership; an example would be a discussion of Rydberg and Balmer lines for the hydrogen atom. This discussion supports the discovery of the structure of the hydrogen atom but is not critical to a fundamental understanding of how the hydrogen molecule functions.

It would have been helpful to have more discussion of observable effects and technologies that exist as a result of quantum mechanics; quantum teleportation as shown on Star Trek and gadgets that use photoelectric effect technology would be a great place to start. Fayer briefly mentions these types of examples to illustrate his points- however, he has a tendency to select subjects like the operation of a cathode ray tube –this is beyond the layperson.

Noticeably missing from this book is the double-slit test. This experiment is usually used to illustrate the inability of scientists to differentiate between the wave and particle nature of light. Fayer uses the interferometer to describe not only this paradox but also to show how the superposition of the photon/electron collapses into one of two possible states. He is able to show more detail with the interferometer application of this experiment, however, my fear is that he loses the reader in his burdensome explanation of the mirrors and other technical aspects of the experiment.

Also noticeably missing from this book are detailed analogies that relate an entire personal experience to a larger concept of quantum mechanics. In a book written about quantum computing for a similar audience as Fayer’s, A Shortcut Through Time, New York Times science writer George Johnson includes an entire chapter about an analogy between tinker toy logic and binary logic used in computers. The chapter is clever with mention of tic-tac-toe and diagrams using childrens’ tinker toys. Johnson is not a trained scientist but rather an educated layperson himself. From this perspective, the comparison is not a fair one; however, perhaps it makes him better equipped to understand the intended target audience of his explanations. While Fayer touches on this type of approach it is not nearly as developed as the analogies/illustrations of Johnson’s book.

Fayer does include relevant applications of quantum mechanics to all varieties of chemistry. His applications include an explanation of solubility, an explanation about how global warming relates to the vibrational modes of carbon dioxide and a correlation of molecular orbitals to the subatomic processes behind electronics (semiconductors and superconductors). These chapters are excellent additions to the text and add context to the explanations. This section also includes a lot of technical jargon that might make it difficult to relate it to the fundamental concepts of quantum mechanics.

Fayer writes a comprehensive account of the history, experimental evidence and applications of quantum mechanics. His building block approach spans diagrams, math, explanations, and analogies. Overall, the text is comprehensive, complete and very clear- for people who are generally educated in the physical sciences.