Book Review on the Subconscious Brain 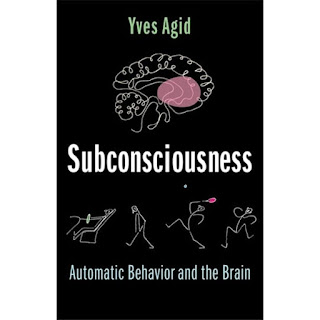 Subconsciousness: Automatic Behavior and the Brain delves into the poorly understood connection between structure and function in the brain-particularly regarding intentional and unintentional behavior. Yves Agid discusses this obscure subject in a 100-page treatise that links the cerebral cortex with the basal ganglia and argues that intentional and unintentional behavior arise from the engagement and disengagement of neural pathways in between. The author clarifies early in his book that subconsciousness is not the Freudian concept of the unconscious mind—primarily repressed mental content that affects behavior. Subconsciousness is not easily discernible, in contrast to the clear sense of consciousness or meta- consciousness. He narrates a first-person account of a traffic jam in Paris—noting the intentional decisions (consciousness) and self-talk (meta-consciousness) during each event in traffic. Autopilot—driving without intentionally thinking about choices and actions—is the work of the subconscious. Later in the book, Agid asks the question that if the brain is operating on autopilot, is it possible to decide (like when driving) without being aware that a decision was made? (The answer is yes). Herein lies some of the complexity of the subconscious.

Text boxes are one method of highlighting important discoveries toward the link between structure and function in the brain. These pull-out boxes summarize case studies with significant outcomes. Box 4.3, for example, describes the famous psychiatrist Sigmund Freud’s rotation in a neurology department (pp. 82–83). This famous neurology research lab studied lesions in various parts of the brain. After death, an autopsy of the spinal cord and brain linked patient behavior while they were alive to the functionality of their brain postmortem. This early work led to the belief that links behavior to the health of various pathways in the different sections of the brain. It is important to note that although Agid strongly argues that the basal ganglia are primarily responsible for the brain’s subconscious functions, it is very much in collaboration with the cerebral cortex. “The basal ganglia are faithful collaborators of the cerebral cortex . . . They are not alone, isolated, and cut off from the rest of the brain, as they involve the cerebral cortex every time they are activated, just as they are activated every time the cerebral cortex drives deliberate behavior” (p. 72). It is a feedback loop of sorts. This description is, of course, a simplification of the extremely complex process occurring. “One might say that this is a caricatured reductionist perspective” (p. 72).

Agid devotes an entire chapter to a discussion about deficiencies in the structure of the brain and how those correlate to functionality. Two diseases that illustrate this well are Alzheimer’s and Parkinson’s. In Alzheimer’s disease the patient has problems related to memory, language, and perception, all controlled by the cerebral cortex while with Parkinson’s the patient cannot perform routine tasks like brushing teeth, walking, and writing—all controlled by the basal ganglia. “These two pathologies are somehow mirrored, which suggests, but does not demonstrate, that the cerebral cortex plays a predominant rule in nonautomatic behaviors, and conversely, that basal ganglia dominate in automatic behaviors (p. 57).

Perhaps because it is unavailable, information is not given to directly support brain scans and the Alzheimer’s/cerebral cortex link versus the Parkinson’s/ basal ganglia link. However, this lifelong researcher in the field of neurology and behavioral science seems convinced that link is probable.